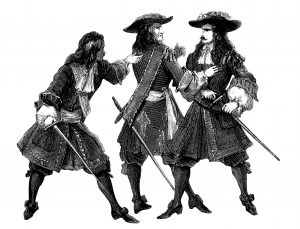 Definition of a phoneme: The smallest possible unit of spoken sound

The one big thing I want everyone to know about phonemes is this:

Just answer three questions about any speech sound and you’ve classified a phoneme.

So go ahead, pick your favourite speech sound. Say it out loud. It could be a vowel, it could be a consonant. Pick a couple. Let’s do an experiment.

Here are the three questions:

The International Phonetic Alphabet (IPA) is a chart of symbols that represent the human speech sounds. Each one has its own symbol and its unique voice, placing and manner combination. The IPA allows linguists to transcribe words in any human language.

Some dictionaries use the IPA in their pronunciation guides. Others have simplified notation. But please understand this about the IPA:

It is a transcription tool. When you see something in IPA notation, it is merely a representation of how the person who wrote that notation heard the word. It is not the only possible pronunciation of the word. The way people pronounce words varies. It is one thing to correct errors, but it is not for us to say what the correct pronunciation should be if a child is speaking in a dialect different from ours.

“How do you pronounce this word?”

I see this question over and over again on social media by well-meaning teachers about teaching the spelling of a particular word. My answer is always, “It doesn’t matter!”

Phonology will only get you so far. Code knowledge in the early years is a vitally important step towards literacy, but fluent, accurate reading and writing relies on morphemic and orthographic awareness as children develop. How you, an adult, with a stable lexicon, pronounce words is irrelevant. Irrelevant too, is how all the other adults pronounce words.

Especially infuriating is the urge some educators have to superimpose their dialect on others as proper pronunciation. That’s classist codswallop. Lead by example on clarity of communication where it’s appropriate by all means, but no dialect is superior to any other.

The IPA for Educators

Though this is not a course on understanding the IPA, I wanted to include a note on it to help reinforce the notion of units of sound, or phonemes.

Below is the IPA in full. I have coloured the consonants and the vowels and annotated it to show placing and manner. The other symbols are interesting, but for our analysis, we need only browse the coloured sections.

No language uses every sound represented on the chart. That wouldn’t be efficient. Each language, dialect and idiolect (the way an individual uses language) is composed of systems containing a unique set of phonemes.

If you were to find your own vowel and consonant system, it would contain a set that would vary from other systems even in your own country. The greater the geographical distance, the greater the variation. Population density is a major factor in accent variation, which explains why it is possible to tell someone from south London apart from someone from north London, but not easy to tell the same thing with north and south residents of Melbourne, a place which is currently six times less dense than London.

In my books and courses, To avoid confusion, I use IPA notation between slanted brackets to indicate speech sounds.

Under no circumstances do I ever recommend teaching this chart to primary school children. This is a teacher knowledge resource only. Asking them to learn a whole other code is a violation of CLT principles.

The Language Arts approach encourages educators to have a working knowledge of the International Phonetic Alphabet, not so they can teach it to students, but so they don’t get involved in pointless arguments around the irrelevant, unanswerable question, “How is this word pronounced?”